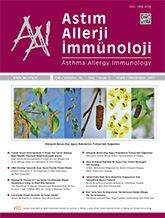 Fixed drug eruption (FDE) with oxicams is very rare. FDE due to tenoxicam has been reported in several case reports. Skin patch test with the suspected or responsible drug is applied on sites of previous lesions developing with FDE. Recently, the test has been used quite often for diagnosis of FDE although results are variable. Our case was a 63-year-old woman who had developed itching and erythematous lesions 3-5 cm in size localized on her hands and elbows 3-4 hours after the intake of tenoxicam and ranitidine. The lesion became vesiculobullous a few days later. After two weeks, it resolved with hyperpigmentation. The diagnosis of tenoxicaminduced FDE was confirmed after applying patch and provocation tests. Here we described a case of bullous fixed drug eruption due to tenoxicam and we demonstrated the contribution of skin patch tests to the FDE diagnosis.