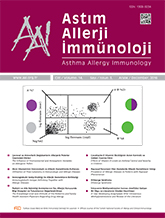 The Influence of Environmental and Atmospheric Variables on Allergenic Pollen

Atmospheric pollen grains belong to mostly wind pollinated plants, which may cause respiratory allergies, and their concentrations in the air is largely influenced by climatic parameters. In general, the days with sun, high temperature and moderate wind, and without rain are the periods that have shown maximum pollen release. In the studies of the last century it has been shown that global warming and increasing CO2 concentrations in the world affected the starting and ending dates of pollination periods for some plants and their pollen concentrations in the atmosphere. The other important effect of atmospheric changes on pollen grains is seen in long-range transport. Additionally, the North Atlantic Oscillation (NAO) has an influence on long-range transport, especially affecting the plants in the early spring and leading to early or late onset of pollination.