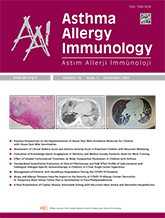 Coeliac disease (CD) is a systemic disease of the unwarranted immune reaction to gluten and is associated with a 10% increased risk of cardiovascular disease. Here we present a patient with recurrent myocardial ischemia and intractable itching who was eventually diagnosed with CD. A 53-year-old man presented to the allergy department due to intractable itching that was resistant to antihistamine therapy. In addition, despite successful percutaneous intervention with stent implantation to the right coronary artery, there was an ST segment elevation with myocardial infarction (MI) in the lower wall that had occurred three times. After dermatitis herpetiformis was reported as a result of the biopsy performed from the lesions, duodenal biopsy confirmed the diagnosis of CD. Diagnosis of CD with atypical presentation can be difficult. Cardiovascular risk is increased in patients with celiac disease compared to the normal population. Itching is an important symptom that needs to be evaluated in detail, even without the typical gastrointestinal manifestations of CD.